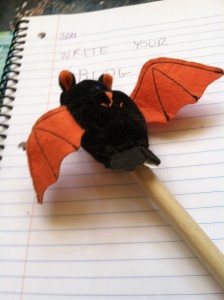 While I make my pale gothic butt sit down and finally write a long overdue new blog, here are a few tweets I wrote for MurdertheTweets.  Hopefully, they will keep you horrifed, amused and satisfied until the blog is up. And if writing horror stories with only 144 characters sounds like fun, go follow Murderthetweets on Twitter.

She smiled to herself knowing the snow would keep her ex's remains fresh until she woke up in the spring hungry again.

As her cheating husband slowly choked to death on his dinner, she thanked god for the late night commercial selling hexes.

As a piece of her rotting nose plopped into her soup, she knew he wouldn't ask for a second date

Working late & alone, the tech was easily captured by the mutated lab chimps who wanted to perform their own experiments.

Too addicted to late night reruns on tv to go hunt, the vampire started ordering takeout & snacking on the delivery boys.

Afraid of catching the flu, she scrubbed her body until all her imagined infected flesh fell off and washed down the drain.

The old children's asylum was converted into apartments. the tenants got luxury & the angry ghosts got humans to play with.

Surrounded by piss, needles & trash, no one blinked when she became a wolf & ate the lady next to her on the downtown bus.

The rumor spread her bedroom was a Bermuda triangle. The men she took home were never seen again; but they did die smiling.