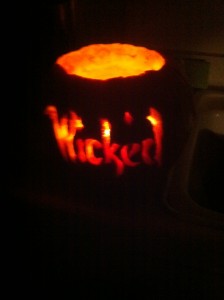 "We find delight in the most loathsome things" -   Charles Baudelaire

'Tis the season for all things that howl, bite and go bump in the night. Here are a few fun, dark and tasty treats to help you get in the mood for the real most wonderful time of the year.

1. Young Goodman Brown by Nathaniel Hawthorne. Hawthorne probably already evokes terror in you - just not in the right way. You probably break into a sweat remembering being trapped dissecting The Scarlet Letter in your high school English lit class.  However this story, which also includes Hawthorne's obsession with revealing the hypocrisy of his Puritan ancestors' beliefs , has a truly darkly delicious and humorous side.  Young Goodman Brown, a pious and holy man from a long line of pious and holy men, takes a walk at dusk with the Devil into the woods. During this walk, everything he believes about himself, his family and his neighbors will be called into question.

2. Black Mill Cove by Lisa Morton (in the Dark Delicacies short story collection). A lone abalone hunter sets off on a pre-dawn hunting trip miles away from his campsite in a solitary ravine.  But if he was truly alone, we wouldn't have a story now would we.  Lisa Morton is a gifted storyteller who keeps you guessing.  This story has a crisp pace that kept me pushing through to the end despite it being 3 a.m.  I was not going to sleep until I knew what happened and I had troubled sleep after I did.

3. All My Bloody Things by Steve Niles (also in the Dark Delicacies short story collection). Cal MacDonald makes my girl parts happy in a way no junkie ever should. Okay this addict may have a mouth like a sailor and the manners of a 5 year old in the ball pit at Chucky E. Cheese, but he has mostly a heart of gold (mixed with a cocktail of well whatever he can get his hands on that day) and a gift for dealing with the supernatural and weird.  This time Cal has ended up on the wrong end of a dinner menu. Can our boy work around his blues, painkillers and whiskey haze in time to escape becoming a cannibal's dessert.  I sure hope so or my girl parts will be very sad.

4. The Midnight Meat Train by Clive Barker. This short story is about Kaufman, a man whose love for his beloved New York City has been tarnished by her daily tragedies; and Mahogany, a man who has been chosen to fulfill a sacred duty.  They cross paths one night on the Midnight Meat Train of the title. Clive is not for the faint of heart and this story is not short on blood, body parts or gore. However, he is worth the read even if squeamish because he is one of the most elegant and gifted writers (regardless of what genre the other writers are writing in) writing today.  Part of the brilliance of Clive's writing is that he engages all the senses in his writing - the reader feels, sees, touches and even smells the horror in this story. He is also fearless and without wavering will take his material as far as it needs to go - pushing all boundaries and breaking all taboos necessary to stay true to the story.  My personal recommendation is make sure to chase this story with a shot of Looney Tunes Cartoons to keep the nightmares away.

5. The Monarch of the Glen by Neil Gaiman (in the Fragile Things collection). There are characters that stay with you forever.  You are sad when a book ends because they have become like best friends or family and you don't want your time with them to end.   Shadow from American Gods was that sort of character for me which is why my poor cat was named after him.  Being named after literary characters (Mom's elfin name for instance) is sort of a tradition in my family - so deal kitty boy deal. This short story picks up several years after Shadow's adventures with Wednesday. While travelling the world, trying to both find himself and forget where he comes from, he finds himself in Scotland. His is offered a job as a bouncer at a private party by a small man who refers to both Shadow and himself as a monster. Despite, his gut telling him everything about the offer is suspect, Shadow takes the gig. He, may or may not be a Norse God and/or a monster, but he will have to fight monsters if he is going to make it out of Scotland alive. 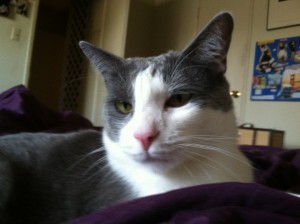